The opioid neuropeptide big dynorphin increases the activity of Acid-Sensing Ion Channel 1a (ASIC1a) during sustained acidosis, as it occurs, for example, during stroke. Because sustained activation of ASIC1a leads to neurodegeneration in animal models, the interaction of big dynorphin with ASIC1a is potentially of clinical relevance. In our most recent publication, which was published advanced online in the Journal of Medicinal Chemistry, we present a molecular model for the interaction of big dynorphin and ASIC1a, which we experimentally confirm. Moreover, covalently coupling big dynorphin to ASIC1a, we were able to increase our understanding of the functional consequences of this interaction. Our study, which was conducted in close collaboration with Michael Margreiter and Giulia Rossetti from Research Center  Jülich, could form the basis for the development of new neuroprotective drugs.

A graphic illustrating the interaction of big dynorphin with ASIC1a was chosen as the cover art of one of the next issues of the Journal of Medicinal Chemistry. 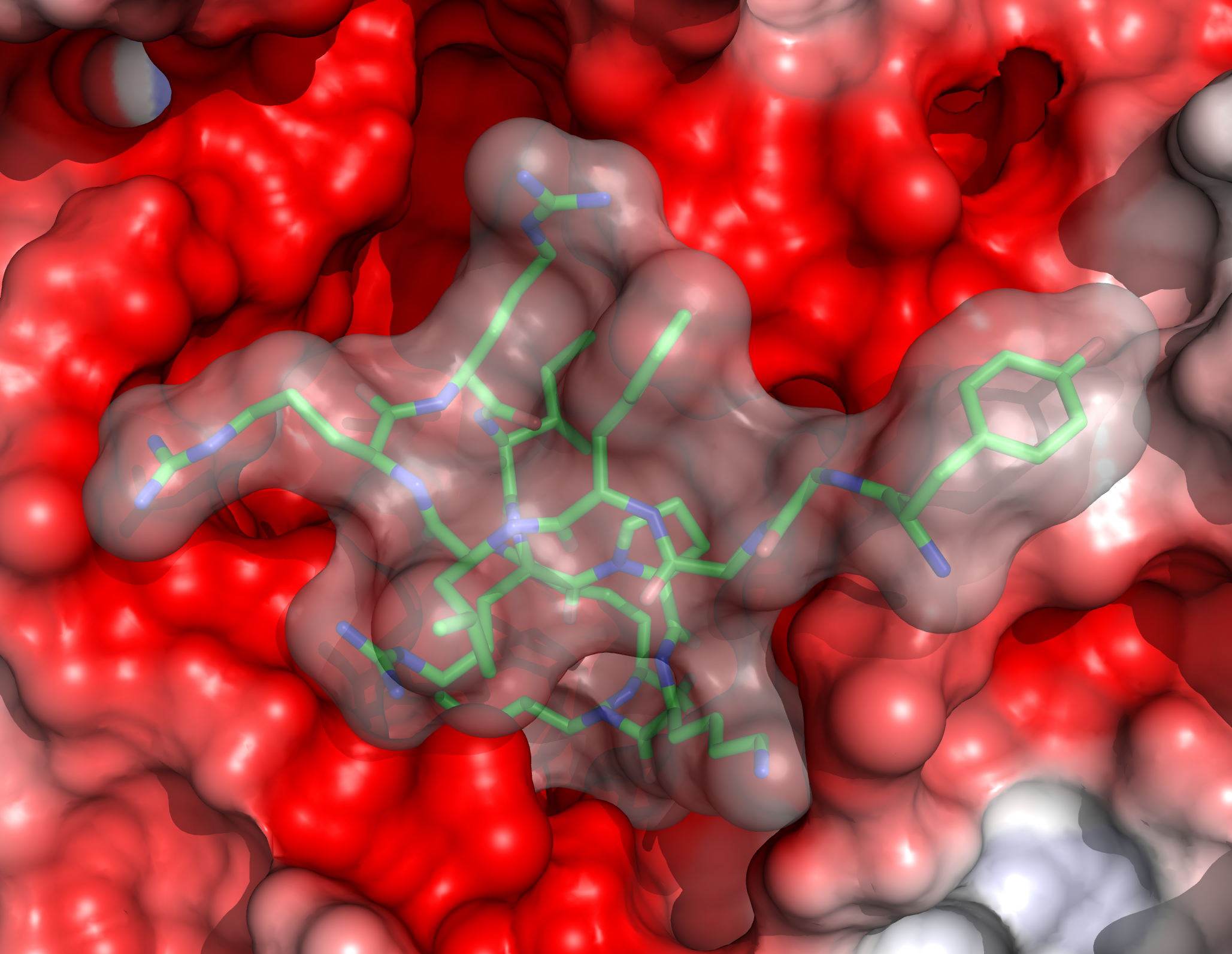