Recent cryo-electron microscopic analyzes of a species variant of the human TRPM2 channel confirm the existence of a novel interaction site for ADP-ribose (ADPR) as already postulated by our group in 2016. In our latest work (Sci Rep. 2019 Mar 21; 9 (1): 4985.doi: 10.1038 / s41598-019-41531-4. PMID: 30899048) together with the renowned team of Barry Potter from the University of Oxford, we have now achieved the first functional characterization of this interaction site, whose substrate specificity is fundamentally different from the classical NUDT9H-associated interaction site. Moreover, using the slightly modified ADPR-analogue IDP-ribose, we were able to detect a potential regulatory function of the NUDT9H-ADPRase in the TRPM2 channel from the sea anemone Nematostella vectensis. 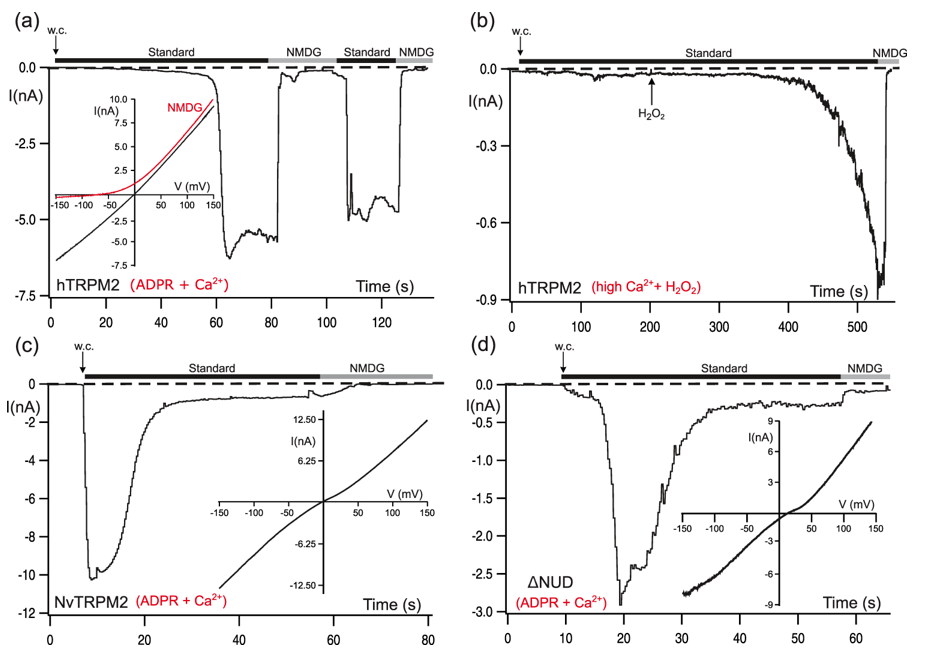