The complex activation mechanism of the apoptosis channel TRPM2 seems to have changed significantly in the course of metazoan evolution. This special feature which has been discovered by our team a few years ago is now generally recognized and is being intensively studied. Based on cryo-EM analyzes there are currently three different structural models of the TRPM2 orthologous from sea anemone, zebrafish and man. In our latest study we discovered important functional differences as well as similarities between these species variants. Our data are valuable for further structural-function analyzes of TRPM2, an ion channel with critical importance in numerous pathological processes (e.g. ischemia, ALS, Alzheimer's disease, Parkinson's disease, diabetes, bipolar disorder). 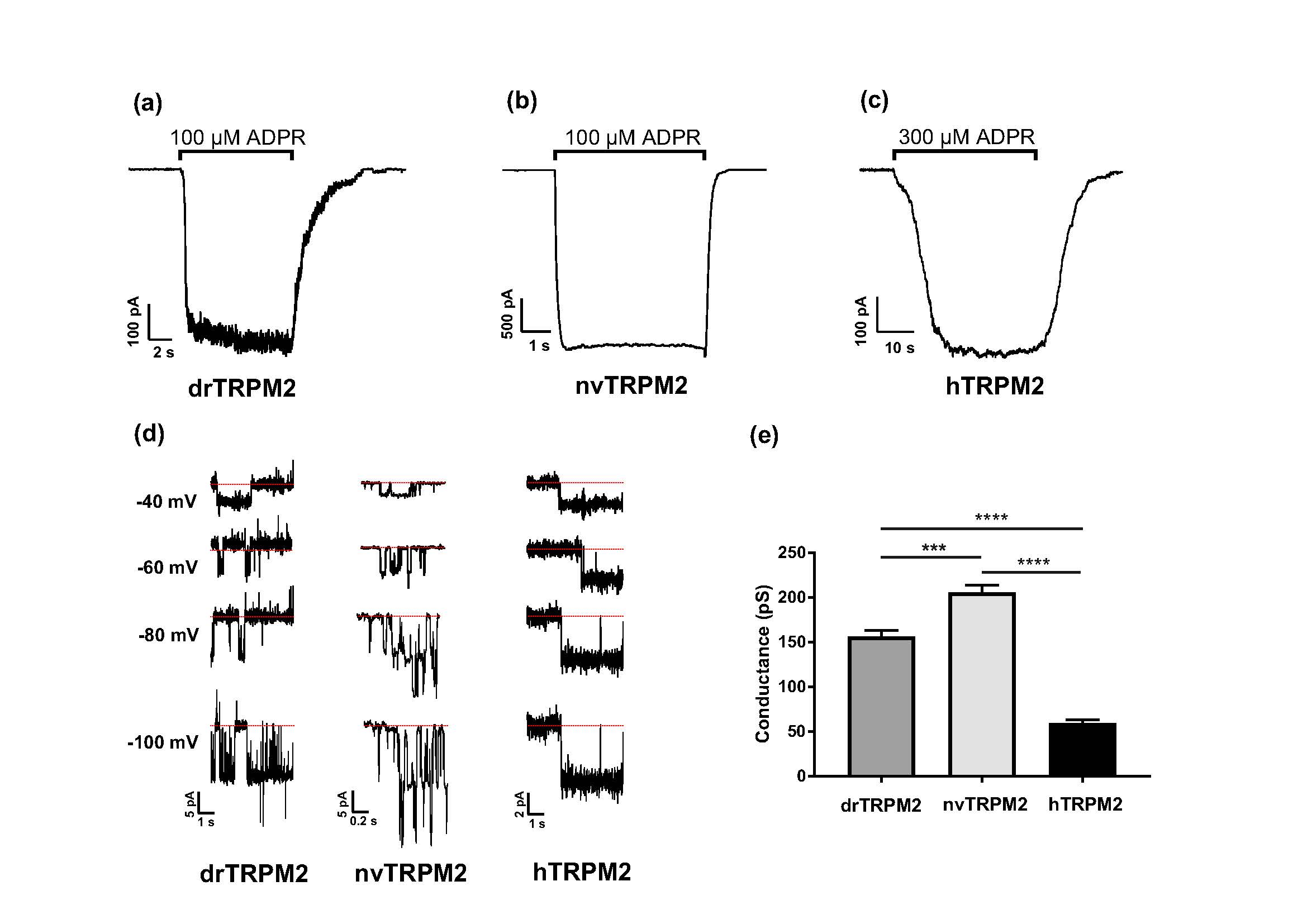