Stefan Gründer, Director of the Institute of Physiology, has received the teaching award PAULA („Preis für Ausgezeichnete Universitäre Lehre vergeben von Aachens Medizinstudierenden“) for the best lecture 2020. After nomination and selection by the students of medicine, the award was announced in a small ceremony on July 17, 2020. After 2011 and 2014, it was the third time that Stefan Gründer received the PAULA award. 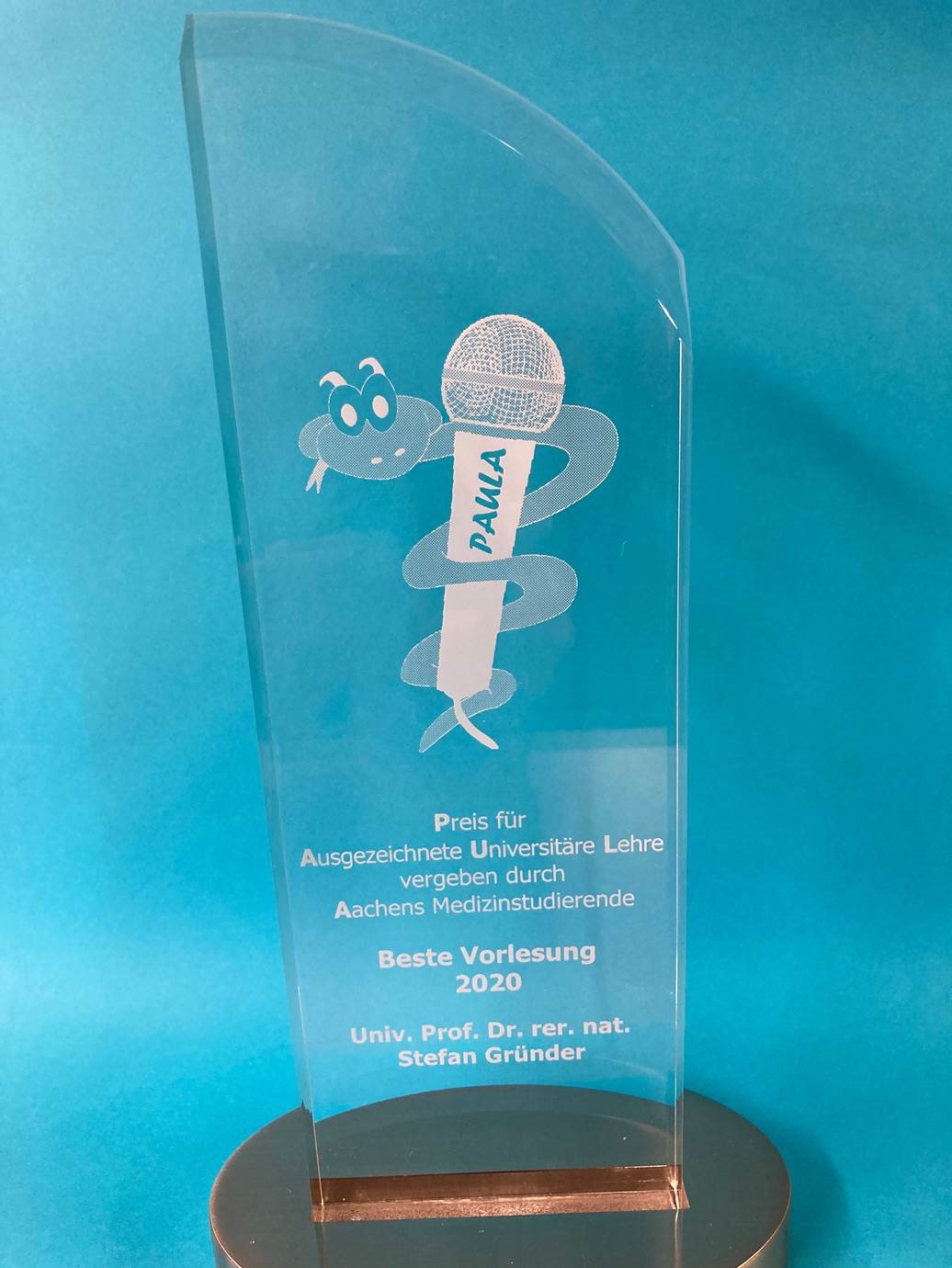