Congratulation to Andreas Prescher for obtaining the prestigious Hans-Richard-Winz-Award together with Paul Wagner for their landmark publication on "Aachen, Melaten. Der Friedhof des mittelalterlichen Leprosoriums an der Via Regia". The award, which was advertised for the best scientific publication in the field of the history of leprosy, was granted for the fourth time since 2004. It is endowed with 2000 € and was turned over to the awardees on July 13th 2019 during the "10. Kinderhauser Tagung" in Münster. 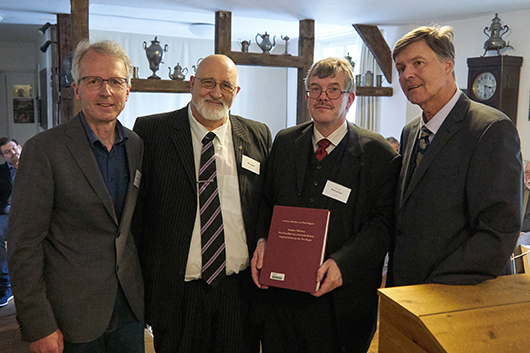